Bridging the Gap- Open or Closed?

With states across the country struggling to balance safety with re-opening their economies, many people are asking, “Is It Safe To Re-Open?” And who can blame them? 24-hour news cycles have dropped awful news for the past few months like rain from a hurricane (hurricane season is around the corner). Like many things, it depends on who you ask. Although more and more people seem willing to risk leaving shelter-in-place behind, another group is hoping they don’t. Of course, only time will tell. Average infection rates are dropping, according to the CDC. Opening up the economy to let people work is essential, so long as economies exchange goods and services for money. Ultimately, the question requires more thoughtfulness than will fit inside a headline. “Is it safe to re-open?” the answer is yes if done prudently. Perhaps we should see this “new normal” isn’t that new to us after all.

There is something else that endangers people around the world, potentially costs thousands of lives and billions of dollars every year -weather seasons. Texas is said to have four seasons: almost summer, summer, still summer, and Christmas. But in each of those summers, and some Christmases is Tornado season. The East of the Country has hurricane season. The West, fire season. People prepare for each disaster and survive when it comes. But surviving still means preparing for the next time it happens, because everyone has accepted it will happen again. It is time to think of pandemics as just another disaster season in the U.S. How do we prepare? Perhaps the same as the other disaster seasons but without evacuations – shelter, food, savings, and looking after loved ones. Everyone has learned valuable lessons from Virus Season; now, it is time to streamline those lessons and learn how to thrive.

No matter the season, Art of Strategy Consulting has the knowledge and experience to help you thrive. The world is changing; don’t get left behind. 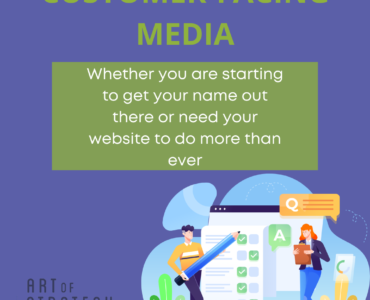 Nothing is as Beautiful as Print